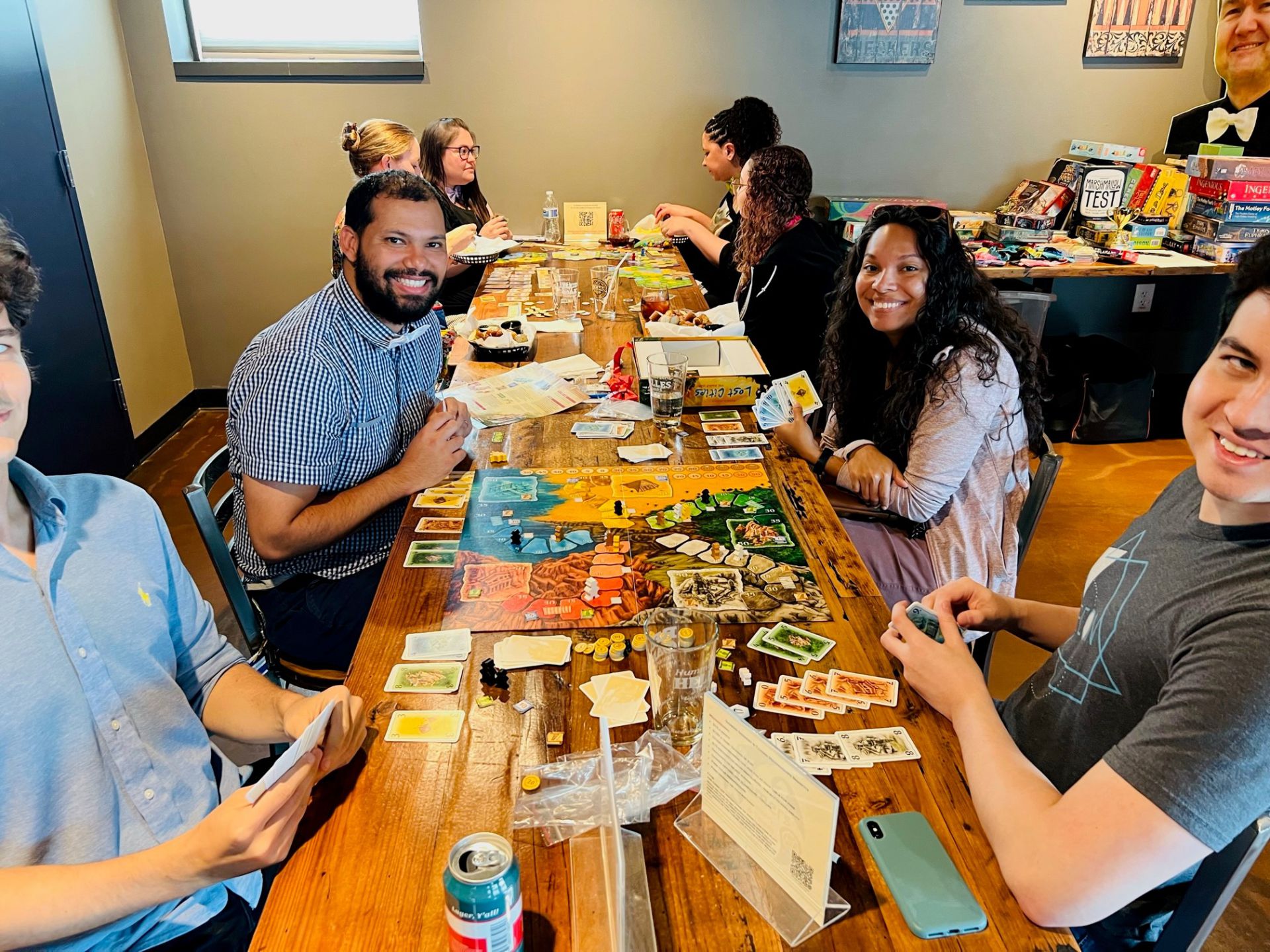 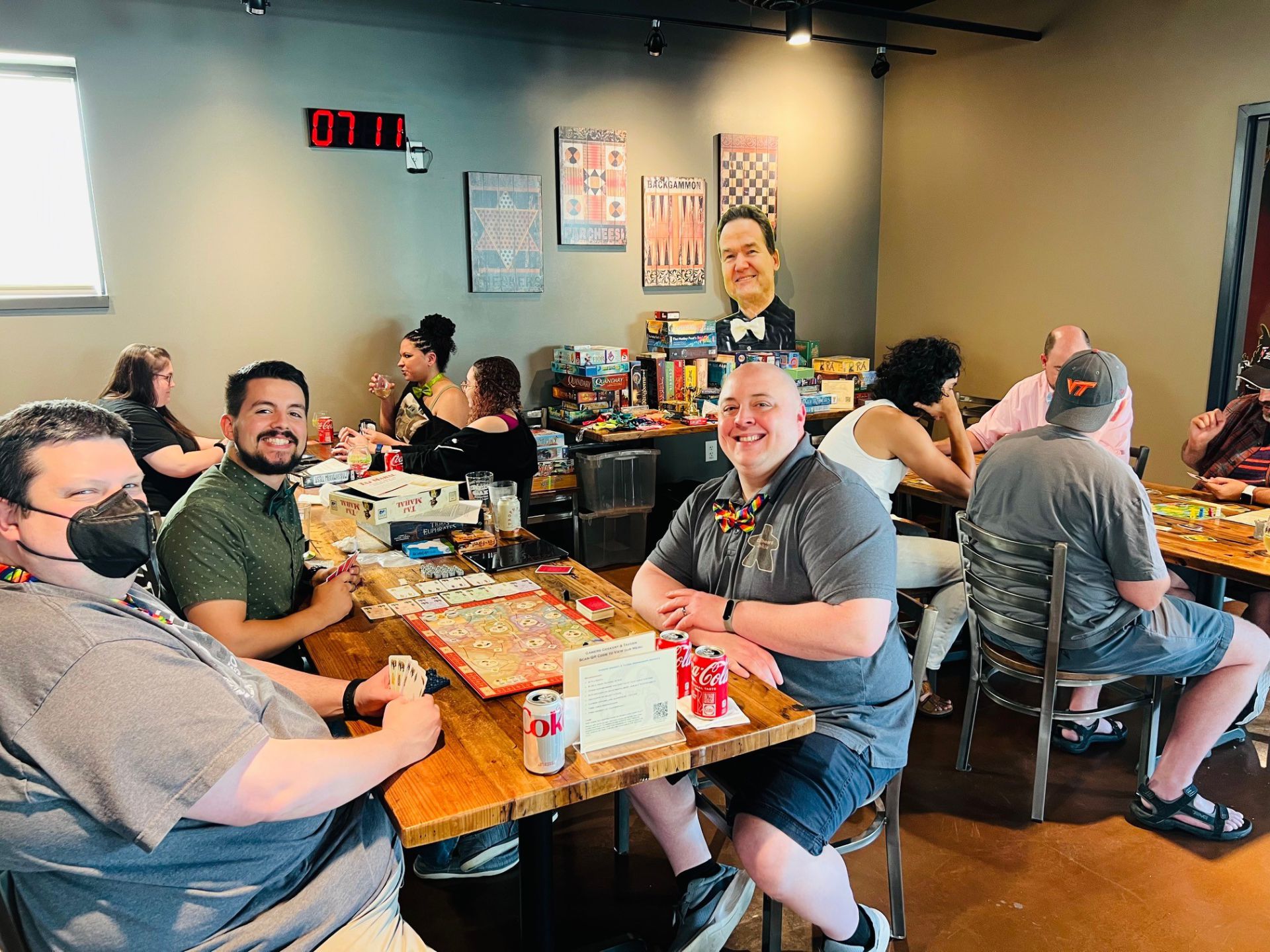 In July, a friendly message reached us from Robert Rawes who had the idea of hosting a KniziaCon together with two of his friends. The trio owns around 83 Knizia games of which about 60 were shown and played at a Board Game Tavern near Raleigh, NC, USA where the KniziaCon took place on July 31st 2022.

Robert and his friends not only offered their personal Knizia game library to the public but also prepared a supply of bow ties that attendees could wear while playing. Unfortunately, no contest took place to see who looked smartest with Reiner’s trademark piece of clothing. But then, who can beat the master, right?!

Instead, a raffle was held and the main prize ( Blue Lagoon) went to a lucky winner who was then able to add the first Knizia game to his board game collection. Congratulations!

All in all, the small privately organized KniziaCon with roughly 50 participants turned out to be a great success, and Robert and his friends are planning to make it an annual event. Following our motto, they simply want to focus on “Bringing Enjoyment to the People”. May they succeed!

We wish them all the best of luck for next year! Hopefully, many more enthusiastic players will join in 2023. – Bring your own bow tie! 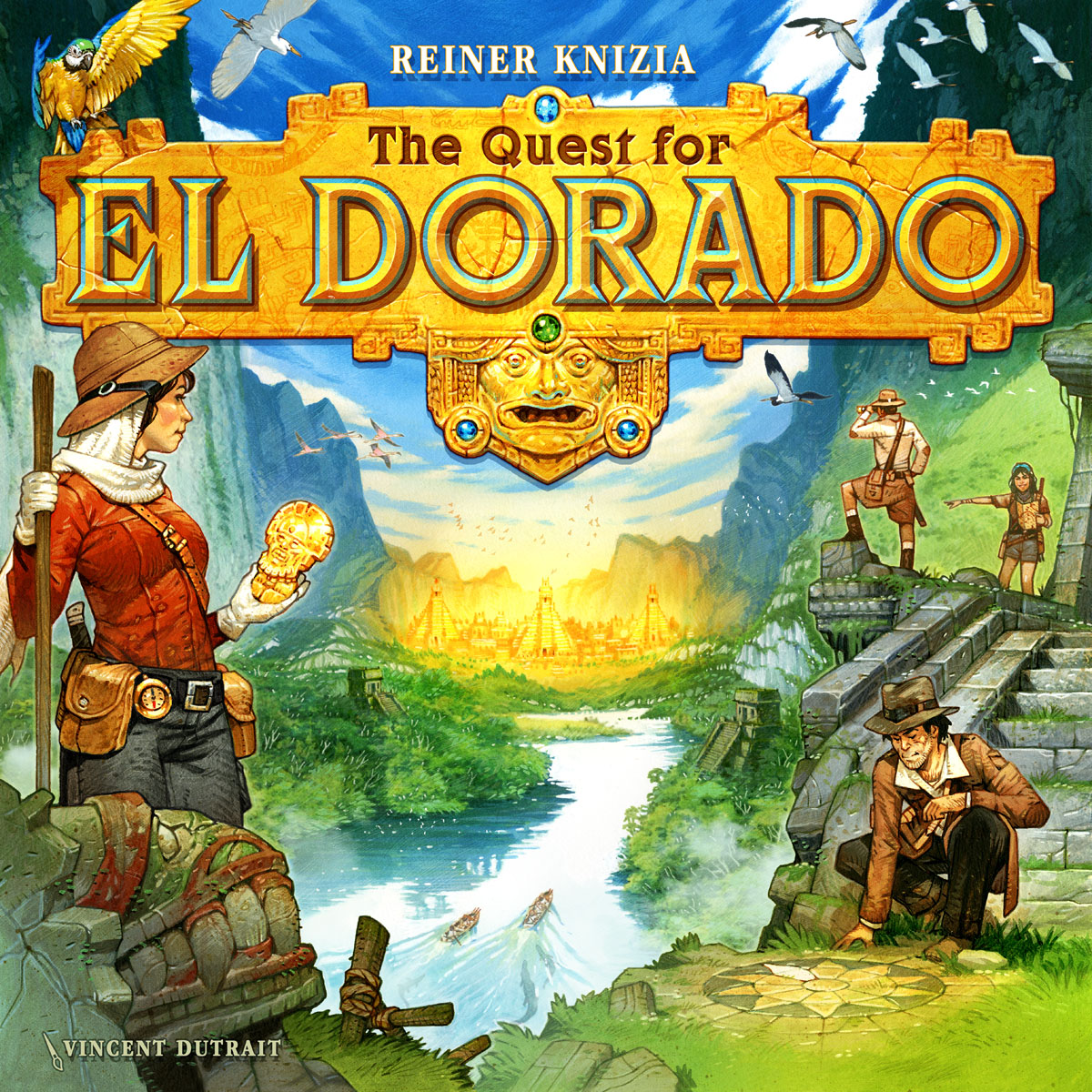 Somewhere deep in the South American jungle lies the mythical land of ‘El Dorado’. Legend speaks of unimaginable golden treasures to be found there. But no-one has ever discovered this legendary place – until they played the game…

Since the start of its voyage into the board game jungle, the game has felt the golden shine of El Dorado on its cover: Nominee for the German Game of the Year, the Ravensburger expedition (treading the beautifully illustrated paths by Franz Vohwinkel) moved on to win the Game of the Year in Italy and Spain.

Even more gold hit the game when Vincent Dutrait started a second expedition with a new look that led not only to many more discoverer teams from many nations, but also to being awarded the Game of the Year in the Netherlands (999 Games), Poland (Nasza Księgarnia), Hungary (Reflexshop) as well as Finland (Lautapelit).

A true international bestseller, with expansions and promo-packs supporting the continued success of the game, offering ever new challenges to the players in their quest for gold and playful enjoyment with family and friends. Join the expedition! 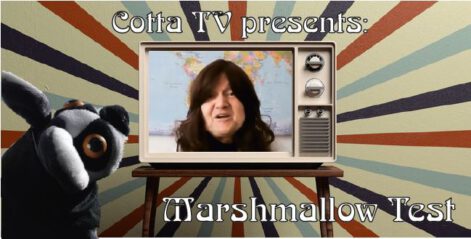 You want everything? You want it now? And you want it for free?

Then you should take the Marshmallow Test!

In case you don’t remember how this test works, our Inspector Cotta has prepared a little explanatory video for you. You will learn everything about delayed gratification and what this has to do with little, fluffy sweets and success in life. 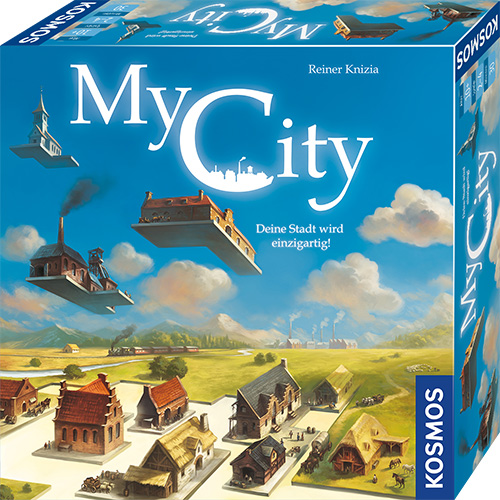 Over 24 games you have the opportunity to build your own great city. Starting from the early settlements, the game guides you through 8 exciting chapters up to the age of industrialisation.

Each game offers new challenges. Each chapter of 3 games comes with a secret envelope full of new buildings, cards and stickers, with ample prospects to further develop your own personalised city.

Of course, you are in competition with your fellow city builders. After each game there is a score which influences the further course of history.

Enjoy this unique legacy game with simple rules for the whole family.

Our little card game L.A.M.A. came second to Just One for the prestigious German Game of the Year Award 2019.

The L.A.M.A. invasion is now in full swing, with kids, families and adults all over the world falling in love with this little emotional rollercoaster: get out before it gets worse, stay in to improve your score – but never get caught with L.A.M.A. cards in your hand…

Reiner Knizia (left in picture) says thank you to all the L.A.M.A. fans.